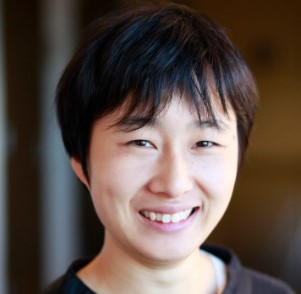 Research Interest:
Development of statistical methods and computational tools, as well as their applications to the genetic dissection of complex diseases.

Yun Li is a professor in the Department of Genetics, Department of Biostatistics, and an adjunct assistant professor in the Department of Computer Science. She earned her doctoral degree in biostatistics in 2009 from the University of Michigan. Her research focuses on the development of statistical methods and computational tools, as well as their applications to the genetic dissection of complex diseases. She has developed methods for genotype imputation, meta-analysis, and region-based association analysis of rare variants in both genetically homogeneous populations and in admixed populations. She has worked on genome-wide scans for genetic variants underlying several metabolic, auto-immune and cardiovascular diseases and related quantitative traits. In addition, she has developed methods to accommodate low-coverage sequencing data for genotype calling and for association testing (implemented in software thunder, BETASEQ, UNCcombo) and has been actively involved in a number of next-generation sequencing (NGS)-based studies including the 1000 Genomes Project (project leader on calling SNP genotypes from low-coverage pilot), identification of RNA-DNA differences (RDDs), targeted sequencing of selected exons in more than 14,000 individuals, the Women's Health Initiative (WHI) whole exome sequencing project (WHISP), and whole genome sequencing-based studies for type 2 diabetes, for cannabis and stimulant dependence, and for blood lipid levels. More recently, she has worked on the development of a Bayesian hidden Markov random field (HMRF) method for the detection of long-range chromosome interactions from Hi-C data to aid in the annotation of genome-wide association studies (GWAS)-associated regulatory variants in terms of their target gene(s) and potential causal mechanism. She has also actively participated in multiple epigenome-wide association studies.